This week The Tribune-Review announced the winners of their annual TRIBLive Best of the Best Awards.

We are thrilled to share that our principal agent, Kate Dawson, was a finalist – ranking in the Top 3 Best Insurance Agents in Westmoreland and Allegheny County East.  This is an incredible achievement, as the contest counted 207,707 votes for this year’s Community Choice Awards.  The Best of the Best Awards celebrate and recognize the best the community has to offer.

This year marks the third consecutive year that Kate won recognition in the Best of the Best Awards.  Last year she won Best Insurance Agent in Westmoreland County and in 2020 she placed in the Top 3.

This year Kate expanded her reach in the contest as she ranked in the Top 3 Best Insurance Agents in Allegheny County East in addition to Westmoreland County.

Each year the TribLive grants these official community choice awards by allowing the community to submit nominations to identify the top five businesses in each category – which appear on the ballot.  Readers then vote from these finalists to name the top three in each category – including the winner.

We are thrilled for the nomination, support, and humbled to be in great company honored alongside two fellow agencies.

best of the best
Request a Quote
Contact Us 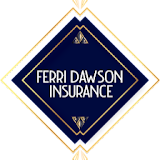 Stephen Churilla
I can't recommend FDIG enough. If you want exceptional service, a broker who genuinely cares about your well-being, and great insurance policies, this is where you should go.

Matt
After moving to PA from the UK i needed to sort out insurance on a car at short notice. Kate went above and beyond to help me find a good deal within hours of me asking.

Shawn Titus
Kate is great to work with!!! Couldn't be happier. She saved us lots of money and increased our protection from our previous insurance group.

Jennifer Titus
Kate Dawson of Ferri Dawson insurance takes the time to review all your needs and provide excellent service. She explains everything well and make sure you have an understanding of the coverages you have and makes excellent suggestions. I am very happy that we gave her the opportunity to review our coverage. We had the same coverage for years, Kate not only increased our coverage but also saved us money!

Scott Solak
Kate was a pleasure to work with. She was focused on my needs, knew how to meet them and explained available options clearly. I highly recommend Kate to anyone looking for a trusted, knowledgeable insurance agent.

Ryan Hadbavny
Kate is the best! She has gone above and beyond to help us get the best coverage on our home, auto and rental property. We recently purchased a fixer upper and had many hoops to jump through while owning two properties. Kate made sure that the insurance piece of that puzzle was thorough, timely, and easy to understand. She even recommended that we refinance our first home when interest rates were historically low which shaved years off of our first mortgage and will save us thousands in the long-run. We also just really love catching up with her and discussing all the great theater and arts happenings in Westmoreland and Allegheny county. Give her a call, she is an absolute delight!

Chad Kaylor
I went to Kate for help on auto insurance a few years back and she really helped me out by saving me hundreds. My fiancé and I just recently bought a house, called Kate up about home owners insurance yet again she got me an outstanding policy for our house. If you want a great responsive insurance broker Kate is it.

Rhonda Pastrana
Kate was great with explaining the coverage and finding me the best coverage on a rental property. I would definitely recommend her.

Kyler Summerfield
By far the best help insuring everything I have, finding me the best coverage and costs.

Girish Jain
Kate was incredible to work with from the start. She is very knowledgeable and thorough in her approach. She took away all the stress in what is typically not a fun process. Very happy we connected with her, and would highly recommend her for anyone with insurance needs!